A new art project, commissioned by Clare Arts Office, in two secondary schools in Co. Clare delves into the significance of myth through the experience of youth culture.

Keystone has been commissioned by Clare County Council to celebrate and mark 20 years of artist in schools programming by Clare Arts Office. The curatorial framework Art School directed and curated by Jennie Guy has been invited to deliver the project by artists Mitch Conlon and James Moran, with co-curator Fiona Gannon. The project will take place over the course of 2022 and 2023 in Coláiste Mhuire (Ennis) and Scoil Mhuire (Ennistymon) in Co. Clare, providing an opportunity for fifth year students to work with the artists to explore the significance of myth within local youth cultures.

As a duo, Mitch and James are interested in local history, community activism and theatre. These modes of performance and thinking provide an opportunity to activate old with potential for new directions. Building on Clare’s rich mythology, the artists propose to research the connections and possible disconnections between the contemporary youth cultures and histories of the towns of Ennis and Ennistymon.

The artists will work with the students to explore questions including: What are sites of mythological importance for teenagers in these two towns? Are these the same as those deemed important by the wider communities? And how do teenagers relate to the collective unconscious of their wider local communities?

The Artist in Schools Scheme was established in 2000 to enable primary schools in Clare to develop projects with professional artists for the benefit of the participating students. Since then over 300 residencies have taken place throughout the county with children participating in visual arts, music, dance, mime, drama, film and creative writing. The Artists in Schools Residency Award Scheme is announced annually offering opportunities for schools and artist’s to submit joint applications for project funding.

As part of our wider remit the Clare Arts in Education programme curates projects that support artists and schools to engage in larger scaled innovative commissioned projects in partnership with local and national cultural organisations. Recent commissions include Glaoch a recording project that amplifyied the voices of national school children in Clare by Choice Music Prize winner musician John Lillis, delivered in partnership with Creative Ireland. In 2019 the programme partnered with the Ennis Book Club Festival to deliver New Word Order, a multidisciplinary poetry that engaged with over one hundred TY students and artist’s Stephen Murray, illustrator Alan Dunne and dramatist Zara Starr Madden.

The Arts in Education Programme is managed by musician and visual artist, Ceara Conway.

Mitch Conlon is an artist originally from the West of Ireland currently based as a studio member within PS2, Belfast. He is a member of the Turner Prize winning group, Array Collective, a former director of Catalyst Arts, Belfast; was a co-director of online journal COLLECTED and Chairperson of Engage Studios, Galway. He presently owns and runs FRUIT SHOP, a cafe and cultural space in South Belfast. He graduated with an MA from the National College of Art and Design, Dublin in 2013.

James Moran is an experimental comedian and theatre maker born and based in Dublin. Since 2014 he has written three comedy shows (Atom Tick, 2014; RAFFLE!!, 2016; The Assassination of Pope Urban II, 2017) for traditional and alternative venues, including art galleries, squats and theatres. He has also hosted several podcasts, including the leftist political Celtic Ligers and historical comedy Primordial Views. Since 2015 he has been collaborating with experimental theatre maker Richard Walsh (Noke Theatre) to devise shows based on the Irish media landscape (George Bush & Children, 2016; Oneday, 2018). He graduated with an MSc in Cyberpsychology from IADT Dun Laoghaire, Dublin in 2017. 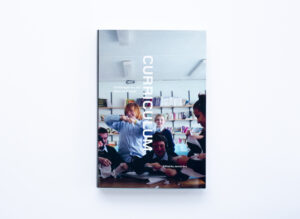 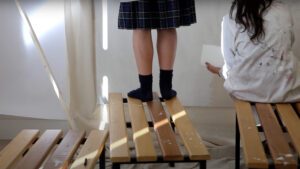 Art School is a collaborative project founded by Jennie Guy in 2014. Art School enables exchanges between contemporary artists and sites of education, creating opportunities for younger audiences to encounter and participate in the making and potential of art in society. Through these collaborative encounters, Art School contributes to a longer-term enquiry into pedagogical shifts in education through the means of art. Keystone is supported by Clare Arts Office and the Arts Council. The project celebrates over 20 years of artist in schools programming by Clare Arts Office.

Jennie Guy is an artist, curator and public art consultant based in Dublin. She is the founder and director of Art School, a framework for placing artists within sites of education, and the editor of Curriculum: Contemporary Art Goes to School, a new book published by Intellect Books. Jennie curates and manages public and private art commissions, recently including Island City: Cork’s Urban Sculpture Trail. As an artist, her practice embraces visual, textual, performance and event-based output, initiating both formal and informal collaborations and participative environments. In conjunction with her independent practice, she was the manager of programme and operations at Fire Station Artists’ Studios between 2016 and 2022.

Fiona Gannon is an artist, writer and researcher living and working in Dublin. She has experience working in education as a teacher, as well as having supported public realm projects in a variety of contexts. She is assistant editor of Curriculum: Contemporary Art Goes to School and has had work published by Paper Visual Art, Art Monthly and Critical Bastards. She is presenting a paper ‘The Brain of Europe: an underdeveloped Knowledge Economy’ at IMMA’s upcoming 100 Years of Self-Determination this November.