A special screening of the 2021 winning Clare entry Try and Touch will be screened in glor on Monday, November 28th at 6.30pm followed by a Q & A on the Engine Shorts Programme with representatives of Film in Limerick. 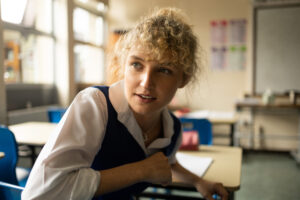 Run by Innovate Limerick through Film in Limerick, Engine Shorts is a partnership between the Local Authorities in Clare, Tipperary and Limerick, and Limerick and Clare Education and Training Board.

Shortlisted teams will receive training over several months to develop their projects and up to 6 teams will be awarded production funding of up to €12,500 each to produce a short film. The first edition of the training scheme saw 6 short films produced that have since screened throughout Ireland and internationally including screenings in London, Berlin, New York, Barcelona, Lisbon, Newport Beach in California and Montevideo in Uruguay.

Don’t miss out, the deadline to apply to be a part of Engine Shorts 2 is Friday 16 December at 12noon. Details at the link below.