Duala is an initiative, run in conjunction with the Irish Traditional Music Archive (ITMA), which financially supports the development of new work by artists of all disciplines, that is relevant to Clare and inspired by, or created with, the content from ITMA.

The first Creators in Residence were Jack Talty, concertina player and Maurice Gunning, film maker, who created a new film/artwork inspired by Clare material from the archive. The film Duala was launched on Culture Night, September 18th, 2020. Maurice and Jack outline their approach to the commission on the ITMA blog.

The 2020 award for Duala went to Nuala Kennedy and Tara Breen who created  a deep listening experience where they ‘collaborated remotely’ across time and space, with some of their musical foremothers. Entitled Ag Lorg Ár Líne – Clare Women; Listening and Performing they created four unique soundscapes and  recorded four live duet performances, interacting musically with each individual soundscape. 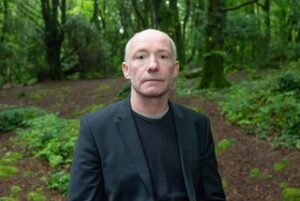 Diarmuid de Faoite was awarded the 2021 residency exploring songs in Irish connected to County Clare. Dúchas is Dóchas is being launched in Cultúrlann Sweeney, Kilkee on Saturday, May 28th at 8pm.

Duala is supported by the Arts Council of Ireland